“The white nictitating membrane rolls, the 6 inch teeth glean and the grey sleek tail cuts through the water with astonishing speed- the Great White Shark approaches in all its power and terrifying instinct towards the cage…”

It’s always been a lifelong ambition to go cage diving with these remarkable evolutionary powerhouses of the stunning coasts of Southern Africa. Ever since watching Blue Planet as a child, the images of these great fish, perfectly adapted to their environments with their colossal 6m size, 1.1 tonnes in weight and 300 blade like teeth, it naturally appealed to me as a passionate zoologist as I am certain it does you if you’re reading this. This week is the International Shark Week by a happy coincidence, and I happened to be in the right place at the right time to be able to have the incredible opportunity to see these superlative predators of the ocean in Mossel Bay, one of the Great White hotspots of South Africa. I joined 3 other volunteer students at Monekyland, Tsisikama National Park, on a 3 hour drive from Plettenberg Bay to the “White Shark Africa” ocean extreme experience diving and viewing these magnificent species. We rented a car from Euro car at a reasonable price of 500 rand (£33) a day split between us travelling along the scenic route of the N2 motorway through the resplendent lagoon town of Kysna (30 minute drive from Plettenberg Bay), George and finally Mossel Bay. It was one heck of a last minute arrival faff trying to find the place but eventually we found it in time!

We had arranged to get there for the 12pm slot where the 1st group of people would be returning from their trip and where we would be getting ready to go to Seal Island at 1pm. The last cohort had mixed facial expressions, some with a hint of fear, others with a perpetual smile on their face. The cost of the trip isn’t cheap at £70, although relatively less expensive than some other tour operators in Cape Town (£120). We got a discount to 1250 rand (£60) for being volunteers at Monkeyland, usually being 1350 rand.

And so as soon as we signed away a form agreeing to the conditions of the possibility of being cleaved in half by a Carcharodon carcharias, we were offered a mini buffet of assorted food which I managed to get down after a sea sickness tablets. I would highly recommend the Kwells as you only need to take them 30 minutes earlier rather than the usual day before ones. Dan our instructor gave us a snappy (pardon the pun) talk with regards to the species and what was happening, and a rather overzealous depiction of his favourite individual, Black Gill. Apparently he was the more aggressive one and we were to look out for him. So we were primed and ready to head down to the bay to set sail on the “Shark Warrior,” their 11 m long vessel complete with shark cage. And so off we went towards the rather adeptly named Seal Island, and off into the misty murky waters we went…The boat itself felt rather stable and robust as we hummed along the Indian Ocean and pivoted around Seal Island, with the 2500 Cape Fur Seals nonchalantly sunning themselves in the winter sun, blissfully unaware of the predatory fish beneath them in the dark, deep waters.

Everyone was feeling nervous and excited at the prospect of coming face-to-face with a Great White, and the possibility of some incredible photos. We eventually anchored and it was time. We were asked whether we wanted the first dive, we replied with a confident why not. We zipped up the dry suit having changed on deck to the crew’s amusement, whilst I struggled to contain my hair within the head section as it budged out rather prominently!

Other research students from the University of Melbourne and several other South African Universities were also on board and helpful and friendly. They had the hard job of monitoring the Great White’s populations and laser pointing them to determine the measurements. What a research dissertation!

So we were all ready to get in. We listened intently to our instructor as he gestured for us to pull over our leg onto what then all of a sudden seemed a very fragile cage. The water was being chummed with a delectable concoction of fish oils and guts…it smelt repulsive. It then seemed like the most unnatural thing to then lift our leg and lower down into the cage having just seen a 4m shadow lurking in the depths- we were in.

We adjusted our masks and waited for the sharks to approach us. Note that you DO NOT need SCUBA DIVING experience, when they see the sharks above, the crew will tell you to “get below” and you can hold your breath and take a dive to see them as they pass.

It seemed an age before the first shark was sighted with the tuna bait on the rope consistently being tossed about in front of us. Then all of a sudden, a dark shadow appeared from the murky depths, with the distinctive shape of the Great White; its immense size only then became apparent to me, an even more so as it headed straight towards the cage, teeth bare, gills flashing, eyes rolling… it was Black Gill– at an astonishing 4.3m.

The white nictitating membrane was rolling, the 6 inch teeth gleaning and the grey sleek tail cutting through the water with astonishing speed, and simply its presence was enough to render us SENSELESS- such a potent force of nature was before us. It truly was one of the most THRILLING and exciting experiences in my life, I never thought I would have the opportunity to get so close to such an incredible animal. The sightings then began to increase as we continued to float closer to Seal Island, closer to their true prey.

This is one of the biggest misconceptions about sharks- that they deliberately attack humans to eat them. Seals are the Sharks natural prey, and they have evolved to process such species and enable them to survive and reproduce successfully for over 50 million years. Humans are bony and contain little fat content, both of which the sharks are not fond of. It is ALWAYS a case of MISTAKEN IDENTITY. Surfers are frequently attacked as they resemble the seals on the surf boards and can often cause the shark to breach and attempt an attack.

Unfortunately there were 2 attacks in the past 3 weeks at Plettenberg Bay on surfers attacked by great whites, and many argue that it’s the cage diving activities that is causing such attacks, sue to them associating humans with the chum and food bait placed out for them. It’s actually illegal to feed them, but tempting them near to the cages is obviously the main way to attract the species to the cage. I still believe however that cage diving doesn’t have such an effect, as surely the negative reinforcement of no food reward with the chum and mouthful of metal cage doesn’t exactly results in more sharks wanting humans as food.

It’s simply a matter of probabilities and stats- the more surfers there are in the ocean = greater chance of being bitten. All of these victims have survived fortunately, but many people are now blaming such touristic activities on this behaviour. This YouTube video below shows a Great White “attacking” the very cage I dived in with the same boat at Mossel Bay, approximately 3 days earlier!

I spoke to the crew leader and shark scientist Dan, who assured me that the shark was in fact “mouthing the cage” as this is very common behaviour. Hence the shark was not attacking the cage, but in fact testing it out in terms of edibility.

The number of sharks that are killed every year is far more numerous than human attacks, of just 16 in the US compared to the 200 million sharks being killed for the notorious shark fin soup. They will cut all the fins off and let them sink to the bottom of the ocean to die. This is why I believe shark conservation needs to pour money into further safeguarding the oceans and creating more protected areas, that will not only keep the sharks safe, but all the other species in the ecosystem. 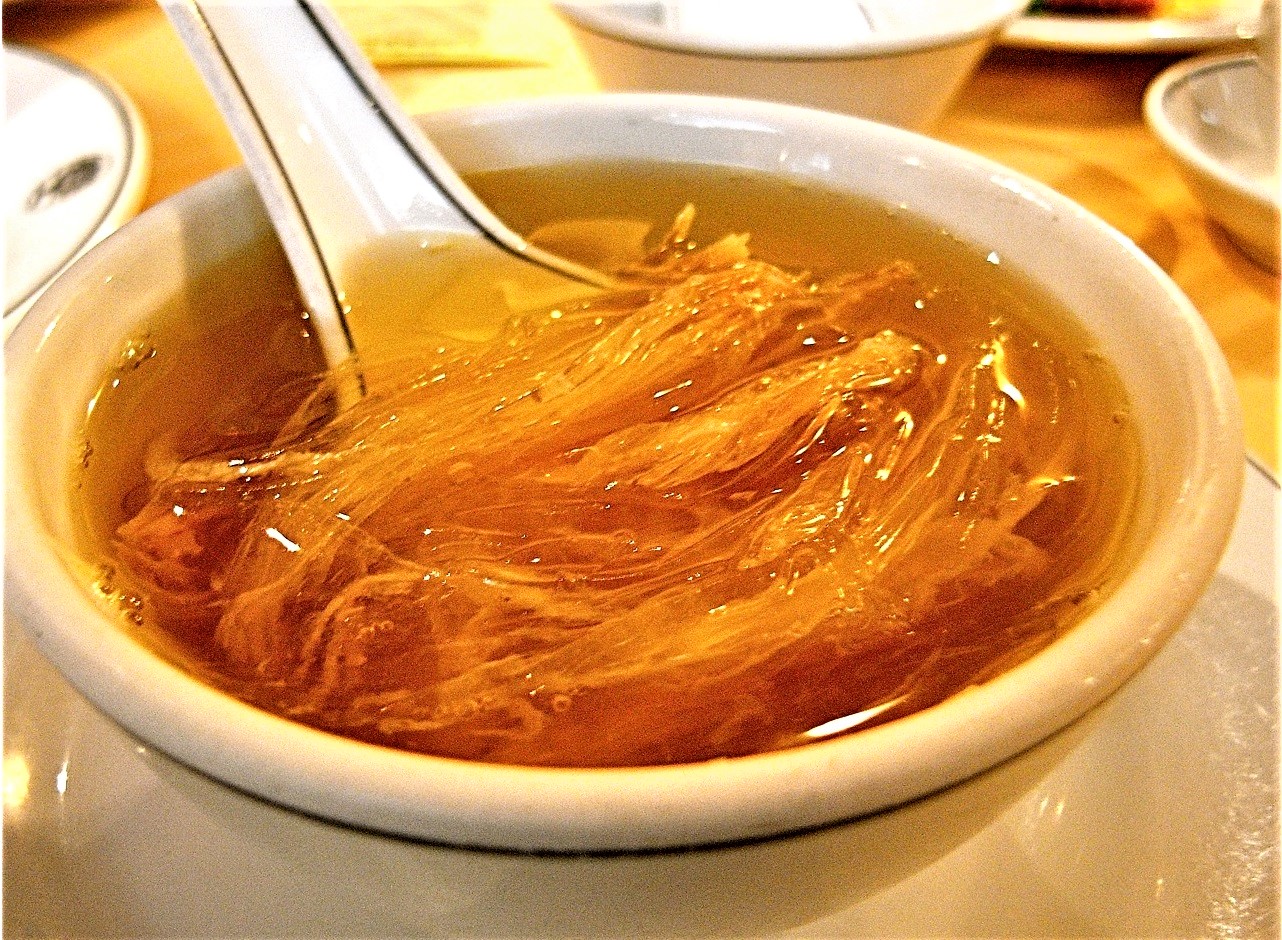 Again this will have cascading effects along the food chain, as recent research papers discussing the “seascape of fear” whereby the presence of the shark will have impacts on the mesopredators such as dolphins which will avoid them in the area. This in turn will increase the smaller predators or numbers of fish in the area, which then can either graze more, or filter out more plankton, alterning the baseline primary producer output- effecting the whole ecosystem. If we remove sharks, this interferes with the entire community of species.

The fantastic news is that recently UNESCO’s decision to recognise both the Gouritz Cluster Biosphere Reserve and the Magaliesberg Biosphere following their nomination for biosphere reserve status by the Government of South Africa means that under law these beautiful animals are even more protected and so can ward off potential hunters In California. Hopefully such organisations can help push shark conservation, but I am still dubious that it’s a fair game that we are teasing these animals to get viewings of them. Perhaps we could adopt a more natural approach to viewing sharks and simply wait to see if we can get such viewings, reduce the price of the trip and lower our expectations of seeing them- the simple excitement and possibility of seeing these creatures out of their own accord is far more magical and awe-inspiring than tempting them in.

Happy Shark week! Updates about Monkeyland and how YOU can volunteer on a student budget soon.