I know it seems odd I’ve never been to London before…BUT I grew up in Spain, so never really had the opportunity to go before- and I can tell you, in the words of Patsy, it was ABFAB! I saw the advert to go and see all of my wildlife film heroes, Doug Allan, Steve Backshall, Steve Leonard, Martin Hughes-Game and Lucy Cooke at the Lyric theatre, Shaftsbury Avenue, London on the 15th December. Train tickets were ridiculously cheap (£12 Leeds>London Kings Cross, London>Leeds £9), so I went for it! I couldn’t wait to go to London’s ZSL zoo either, I’ve been growing up seeing all these wonderful places on television and in the news- that it was thrilling to be heading there for the first time. The train journey was very comfortable itself, straight and direct and I got there at 1pm. So I headed off alone into the urban jungle, not knowing where on earth anything was. Even the bus I tried to catch wouldn’t let me pay in cash (WHAT?), only some weird oyster card, so the lovely conductor let me stay on for a bit…then the long trek to ZSL. I eventually got there by 2pm. The little canal along the way was lovely, a small Chinese restaurant was perched along its banks

The zoo was relatively quiet, but then again being a Monday, it would be! So much to see in so little time, I had so little time- less than two hours till it closed! First off- Gorillas. None about, all having dinner. TIGER TERRITORY! Very excited, lovingly recreated habitat, and the mother and two cubs were having a lie about. I hope the photos do these stunning Sumatran species justice- they were truly majestic and it was a special moment to be so close to such a superbly adapted predator. I took many different shots, hope you like them! Taken with Canon 600D, Tamron 70-300mm.

This rather noisy Malayan Tapir had a right old good time calling for food, think its keepers heard it after a moments tantrum. Yes, a Tapier tantrum! Then I went off to the stunning aviary containing a plethora of bird species, truly stunning specimens of southern Africa. One bird that resembled a shoe bill was collecting nest material, lovely to see a bit of natural behaviour.

Of course there was the “keystone” zoo species that every collection has, the mischievous meerkats and yellow mongoose which were enjoying a little thermal light as the natural light started to fade. The reptile house was equally as exciting, with a variety of constrictors and venomous species alike- my all-time favourite being this Rhino Snake consuming an unwitting mouse. The amphibians in the retile house (yes, that’s a bit weird!), were also fascinating and beautiful, like little jewelled darting flecks that were occupied with catching any conceivable small round thing that moved in their tanks. It’s truly tragic that such resplendent creatures that were the first tetrapods that led to the evolution of the amniotes, and us, are under threat from extinction from the chytrid fungus. Work is being done at ZSL by scientists (and Post Docs!) to work out how to halter this deadly killer.

On a brighter note, I went to explore some more and came across this sagious looking Galapagos Tortoise having a drink, he seemed to take an age to slurp what seemed a cup-full of water, but hey, he’s in no hurry. This Komodo Dragon wasn’t very impressed by the peering eyes of the visitors, or perhaps it was the cold.

At the far side of the zoo was the especially stunning bird house, with a whole host of incredibly rare tropical species, impossible to take any clear shots, as the “jungle steam” fogged up my lens pretty bad! But the gorgeous feathers and sounds that filled the air were worth it. Along the back were some rather cute Adelie penguins having a dip, and 3 large pelicans that also had resplendent plumage. This one posed nicely for the camera! Flamingos also adorned the little pond.  I then went back round under the tunnel to go to the “Out of Africa” section, and saw some of my favourite ungulates in the world- giraffes! They were busy chomping away on vegetation. The Flamingos were stunning, and the sun was beginning to set casting a dappled orange glow on their pink plumage.

Pygmy hippos were lounging about into their warm pools too. The Rainforest section really was tropical, with the fog and steam effects accurately recreating a steam forest. Thee-toed sloths (a mother and baby) clung on browsing on fruit whilst the Tamrins swung above our heads. Unfortunately this meant its was downright impossible to get a photo! The Dark World of course was home to my research topic of study! BATS! These were Yingpterchiroptera– the Old world fruit bats which zipped around clicking their tongues (Yangochiroptera echolocate) and enjoying the fruit. The insanely CUTE Potto also lounged about, but was hidden from sight. The “Happy families section” included a not so happy but adorable Asian short clawed otters and Grey Heron. Looked like the heron wasn’t pleased with the otters eating its food…and the otters seemed to take an interest in my camera- thinking it a threat!

Then I left the Zoo wanting to go to the Natural History Museum…but would have cost me £40+ in taxi fares to get there and back to the theatre…so London Covent gardens it was! Saw the lovely Paddington outside the Royal Opera House. It was such a vibrant city, here are just a few of the photos! Picadilly and Trafalgar square as stunning.The buses were really ODD THOUGH I must say, how can you NOT be allowed to pay cash?

Trafalgar Square with the national Gallery in the background!

The theatre was a right pain to find, but after much walking and running and asking annoyed Londoners, I found it..HALLLELHUIIIAA!

The talk was BRILLIANT! I even got Steve Backshall to sign my book and he walked right in front of me ahha! Was a fantastic end to an exciting day! I got the 11:30 train back to Leeds, so was exhausted by the time I got back at 3am…then would have a photography job the next day! I will be back for more though London…NHM here I come after the exams! 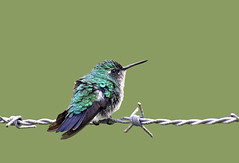 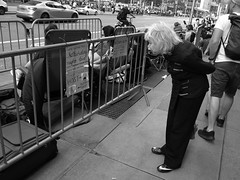 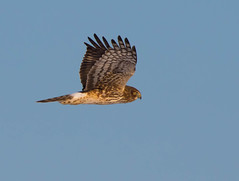 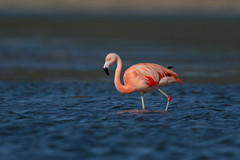