A splash of mauve grey and lilac contrasts prominently against the verdant green fern fronds, the rarity of azure skies made the scene one of even more serene beauty and wonder. Ilkley Moor certainly deserves its place amongst the expanses of the Jurassic Coast and the Lake District as a Site of Specific Scientific Interest, situated snuggly between Keightley (that’s “Keethly” to a Yorkshire person) and Ilkley, West Yorkshire. It was formed during the Carboniferous period some 325 million years ago, back when the moor was seeped by southern bound rivers and channels- creating a steamy tropical swamp-somewhat different to today.

The force of the water chiselled away at the rock and the deposited sediment was as a result of the incoming ebb and flow of the rather tormentous tides- certainly what the UK is rather famous for, with the second largest tidal range in the Bristol Channel! The highest being in the Bay of Fundy, Eastern Canada at Burntcoat Head, of 11.7 meters. The moor is now well above sea level at 405m. The sediment eventually under the compaction pressure and eons of time formed hard rock layers. All manners of geological forces tilted the strata creating a continuous rippling of fractures and crevasse within the rocks, which is what makes this place a popular haunt for climbers. Further north are Rocky Valley and Ilkley Quarry, near the remote and little known village of Ben Rhydding.

During the last Ice age, the glacier that shaped the wharfe valley cleaved its way through, smoothing the valleys and depositing glacial debris in the form of millstone grit- rather acidic which is what creates this gorgeous little habitat with its heather and scarred rock faces.

The famous millstone “Cow and Calf” rock formation located at the Ilkley quarry is certainly an impressive rocky outcrop, definitely one to have your photo taken on! It is so called rather quirkily, due to the rocks resembling rather lucidly, a cow and a calf…legend has it that there was once an even larger boulder that once resided next to the calf and its mother that was deemed to be a “bull” but sadly this was said to be quarried during the 19th century spa boom… shame, would have felt more like home!

It was my first time on the moor and it certainly was a perfect day for a hike. Armed with my GoPro, 600D and Wainwrights sketch note book, I felt ready to capture the memories! I am sorry to say… but I did pick a little heather, please don’t arrest me Natural England!

This very hardy and resistant shrub coexists with a whole host of other perfectly adapted species such as bracken and wavy-hair grass. The three species heather include cross-leaves, Bell-heather and Ling, the latter being the most prolific. Bilberries are scattered amongst this delicious assortment of green and lilac which apparently makes for an equally delectable summer pie. The almost jewel-like quality of the cranberries gives a splash of red to the scene, and adds a little flavour and spice to the otherwise cooler palate of blues, purples and greens.

I felt very fortunate to see the stunning Red Grouse that reside here, one was hidden amongst the heather, and decided that he wasn’t very happy with me trampling on his favourite foraging site, and defiantly leapt up whilst uttering “ughghghghgghghgghhhh!” It almost has a clacking quality to it. Nevertheless, I pressed on determined to get a shot of him from below, as to not scare him further. He seemed to relax and I got the shot! See what you think.

A smaller family were foraging on seeds, heather, berries and small insects. You can appreciate how well camouflaged they are from a distance; it was only till I stumbled upon them on the trail that I noticed them. However, it seems that they unphased by a fell runner, so I crawled a little closer to them to get some more shots. The bees were whizzing around the lilac flowers adorning the heather like little crocheted accessories, the locals actually sell honey which is especially made from this particular flower- will have to try some! http://www.denholmegatehoney.co.uk/

I even spotted a Lizards tail as it dived into a heather patch… I thought I was seeing things- reptiles living in the UK! There are many brilliant bird species such as the cuckoo, Hen Harriers, Hawks, Kestrels, Plovers and starlings. It’s really easy to visit this historical site, you can get the X84 bus up or the train to the town, then it’s only a 10 minute walk up to the Moor itself, which is marked out with its Cow and calf café as well as the actual rock. Here is a link to upcoming events; I certainly will be joining the bat and GPS one! http://www.ilkleymoor.org/wp-content/uploads/2014/03/foim_events_2014_web1.pdf 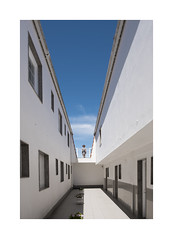 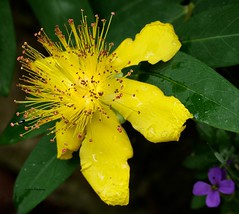 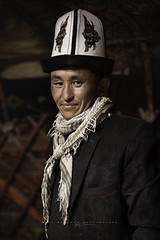