It’s been a week since I landed at Malaga International airport, and I already have a partial tan. Aside from my melatonin functioning properly, I was jubilant and positively excited by the sight of my two beautiful short-toed eagles about 7pm yesterday evening. I was beginning to think that they had not migrated back over to the same territory! The large female was nowhere to be seen, only the two smaller previous juveniles. They have indeed grown! Both were gliding above the thermals up along the North-Western edge of the valley, then sauntered a little closer above the pine tree so I was lucky enough to get a shot of them.

The kestrel has also been around, raucously kkkiwwkiiwwkiiwing away at any aerial and terrestrial intruder than he may come into contact with. I only just heard the bee-eaters last night too; began to think they had been scared by the goat farmer who had just recently set up his farm near our log cabin- what a jerk. Seriously, I understand it’s his land, but to scare away an entire bird colony which had previously nested in the bank there is most frustrating. I do also believe that in the mornings I can hear the magnificently resplendent Golden oriole trill out its beautiful melody. It’s been 2 years since I heard its sweet and pleasing song. An occasional kwaaakiii will also emanate from the reeds down in the valley- a warning call that is extraordinarily similar to the call of a kestrel. At ground level I’ve also encountered some rather fascinating insects, a coleopteran and some sort of lacewing or mantis? Was a really lovely hike to my favourite spot on the mountain, I remember well those times that I came up to get some rest bite from all the studying; to clear my head of worries. Some of my best poetry came from this spot! Although I most probably thought it was, see what you think of them at the end of this entry! (Bear in mind, I was about 14!).

Also great to read for fun again; something that did not actually happen or exists as a theory! What a relief. Got through most of it, will be reading David Aric’s “African Pursuit” later on, a really elaborately written masterpiece, and I have to admit it does have accurate geological and historical references to it. Couldn’t leave that out entirely. Football Fever still around here, even though Spain lost out big style, it wasn’t bad as Brazil’s 7-1 loss. Argentina Vs Germany final, must say that Germany do definitely deserve to be there, they placed a superlative match on Wednesday. Will be watching it at a friend’s BBQ on Sunday. Boy oh boy do I miss English doc’s and television. Spanish television (no offence to my half and other Spanish,) is 60% adverts, 20% dancing and singing host and 20% spoof comedies on what’s happened during the day with rather obnoxious music and dramatic voice overs. I mean to be fair I’m not actually watching any or would be during the day when I’m out at the beach, but during the evening I might as well sleep or read! The beach has been lovely, not had the courage to swim yet, a tad bit cold for my liking (I say this and its 32 degrees). But nonetheless. On now is actually a really interesting doc about Seville and its natural wonders, so I’m off to watch that, might give me inspiration for some sequences shots for tomorrow, I think I should perhaps stop panning everywhere! Also after the playback, the sound of the lens autofocusing and reducing the vibrations is rather annoying. Tomorrow I will be doing some more filming down by the river and maybe some swimming; see what the temperature is like. Will also plan the trip to Nerja which I’m very excited about! More about this most stunning of European Caves later on. I will also be planning a trip to Gibraltar, home to Europe’s only known wild apes (other than the holiday makers of course), as well as to an UNESCO world heritage site; Donana national park.- home of the elusive lynx! The coach tickets are fairly cheap so shouldn’t be a problem. Bueno, buenas noches!

the smells of wild Africa

the sea of grass,

by the Hullabaloo waterhole

with not a stir.

for the hunter is

for the mighty hunter is well aware.

as the cheetah chases,

against the kudu, races

but the Cheetah has

tail as the rudder,

the trickle of blood

that makes the tear stripe.

This is the Cheetah,

the fastest cat on the plain

the most streamline and acute

with a slender frame.

He turns and acutes a position,

He sees nothing, blatantly swerves,

The acrobat that he is;

Lost; glides in a gradient towards the heavens,

He is a gliding angel, across the moors

never stopping at a first glimpse,

of the target, his target.

A tinge of lavender, a splash of mauve

as he perches, claw on prey

he lands precariously on granite.

It is hard, but cooling

as is the victim within claws,

Lifeless; as so the moor seems

but not for the Spirit, 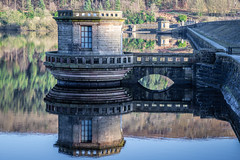 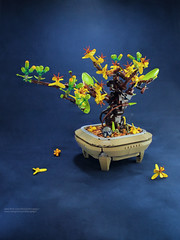